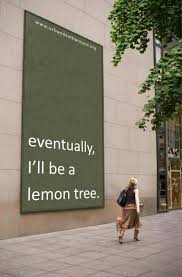 The Urban Death Project, founded by Katrina Spade, “utilizes the process of composting to safely and gently transform our loved ones into organic material, creating a meaningful, equitable, and ecological urban alternative for the care of the dead.” The project’s three main goals are: to create a greener solution to body disposal, to support the grieving, and to maintain a service open to everyone no matter their financial needs. Before the founding of this organization Spade made a few realizations. First off, she realized that “we are all gonna die one day,” a fairly obvious statement but one that is important to the enterprise’s ideas. With this established she realized that the current industry for body disposal was environmentally horrible, very expensive, and did not support the grieving. In an attempt to acknowledge these different needs, Urban Death Project was founded. Because of this series of realizations that lead to the founding, Urban Death Project is a needs-based approach. Spade started off by noticing a group of needs and then went on to try and address these needs through her project.

Urban Death Project was founded as a nonprofit organization, meaning that it relies on donors for support and it really tries to maximize the social profit it can provide. This social profit comes in multiple forms. It reduces wood and metal used for burials, as well as the amount of toxic fluid used in burials. It creates compost for farms and gardens that can be used by the community. It provides a cost sensitive alternative to funeral, burial, and death rituals. It helps to solve the issues of overcrowded urban cemeteries and also keep the deceased in their community (not miles away where there is a cemetery). It establishes a more eco-friendly ritual for death. As well as, helping to support the loved ones of the deceased. Clearly, Urban Death Project creates a huge social impact on the community and has a lot to offer.

Since the project is relatively new (started in 2015), it has not really had an opportunity to grow. In fact, the first one of these facilities has not been built at this point. It is suppose to be built by 2023 in Seattle and then they will provide plans for other cities to also build branches and facilities, opening up the service to more people. So far, the project has gotten a lot of financial support from donations and grants, which have paid for much of the research and design phases as well as programs. With this said, they anticipate that finances may be a problem as their enterprise continues to develop. Since it is so key that the service is open to people who could not afford a burial service currently, donors are going to be needed to lower costs. Another problem that arose is the conflict with religion. Many people’s religions have very specific practices for when a loved one passes away. This may cause religious oppositions to Urban Death Project. However, the project is mainly aimed at the people who do not follow a conventional religion. With that said, the building will also have spaces for prayers and services if the family desires to use these. The other problem that came up was that the project goes against cultural norms. We do not usually have gardens grown in soil that came directly from the deceased. It may seem weird at first, however connecting back to nature when one passes away, can be a very full-circle idea.

In terms of partnerships, Urban Death Project worked with Echoing Green to provide the initial funding and support to get the project off the ground. They have also worked with the Satterberg Foundation that deals with environmental issues and Olson Kundig for design and architectural help. The research needed to make this project happen was done in partnership with Western California University. The Urban Death Project has reached out to many different groups in order to support their program as best as possible. Concerning competition, there is obviously burial and cremation options in the industry, but none of these have the same goal as Urban Death Project. In fact, the Urban Death Project is in objection to many of the practices involved with burial and cremation.