Bright Lights, No City by Max Alexander gives a look into the trials and triumphs of social entrepreneurship in a developing country.  By creating the Burro business and business model, and operating in Ghana, Whit Alexander (Founder and CEO of Burro) chose to develop his company along with a developing economy with huge potential for economic growth.  However, by choosing to operate among small, poor, Ghanaian villages made up mostly of small farms and farmers where people had little to no money to spend, he had to create a product that already had demand and that people were already spending money on.  In essence, Whit Alexander had to come up with a better, cheaper product to take the place of the one that the villagers were already using.  Thus Burro was born, which uses a higher quality battery with a rental business plan that saves the villagers money, and provides more power that lasts longer.  While the business model changed significantly throughout the first few years as Burro adapted to the local economy, the concept and idea of creating a cheaper, more efficient battery that Ghanaians could use in place of the dangerous, leaky, weak batteries which dominated the fifty million dollar battery market in Ghana remained as one of the core principles behind the business.
Burro embodies the idea of social entrepreneurship as it strives to create a profitable business, improve the lives of local Ghanaians, and help to create a sustainable and growing economy in Ghana.  With more power, Ghanaians are able to run more productive farms by having flashlights that work for longer, thus allowing them to work into the night.  They are able to leave lights on at night which deters thieves, thus making their lives safer and less stressful. Burro also creates hundreds of local jobs, thus growing the economy in a sustainable way. 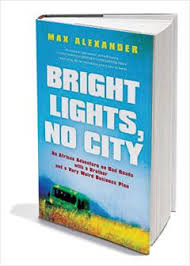 Max Alexander also gives a realistic view into the trouble and complications that occur when starting and growing a business, especially an international one.  The problems are countless, be it manufacturing, shipping, a problem in management, the business model, or hundreds of others.  When one problem is resolved, countless others always pop up.  But as Rose, one of the local Ghanaians that Burro hired to help run the company stated as to why she chose to work at Burro, “I don’t take satisfaction from a bonus; I take it from not being bored [at my job]” (231).  As the book details, social entrepreneurship is an adventure that is not for the faint of heart or those who want easy money, but for those committed to having a lasting positive impact on the greater community by creating positive social and economic change in a world that has too long been thought of as everyman for himself.
That being said, I could have gone without the personal aspect of the book where Max Alexander outlined the friendships and relationships that he formed with people, as I found it uneventful and insignificant.  I also did not need to know about when the author super glued his eyes shut, and I especially did not need or want to know about his recurring problem with kidney stones.
So, when I finished the book I was glad that I read it and got to learn about the awesome business that the author's brother, Whit Alexander, began.  However I was also thoroughly unimpressed with the personal chapters, both because of poor writing that made many failed attempts at bringing humor into the book, and a narrative that came off as cocky and privileged.